Storytelling: Do It Well Or Suffer A Smiting 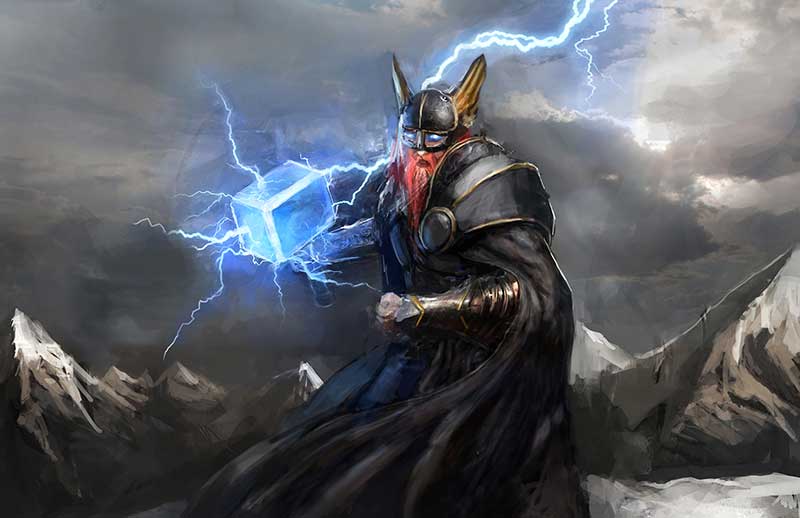 Storytelling matters everywhere in the media – no matter how “serious” your job is.  That said, we tend to forget that storytelling is a matter of degrees: there’s a difference between simply relaying an already-interesting story and painting a compelling picture out of interesting ingredients. Here’s an object lesson in that.

Oh, and if you think this is about soccer, you couldn’t be more wrong.  Do yourself a favor and read your way to the payoff.

Despite the fact that I’m a huge sports fan, I barely care about the world’s pastime. Not being much of a soccer fan might have been a problem for me, what with Sports Illustrated declaring this the “Summer Of Soccer“, but for the last six months, I’ve cared plenty about soccer because of two stories. Oh, and I’ve cared a lot more about one story because of one great storyteller.

If you’re a futbol fan, you can probably guess the two stories I’m talking about.

In early 2016, it started to become apparent that Leicester City Football Club, the erstwhile winners of exactly zero top-flight championships in their 132 years of existence, were going to overcome 5,000-1 odds to win the English Premiership. I began the year following the Foxes’ ascendancy, watching games when I could and reading about them in the Guardian, until they wrapped the whole thing up. It was a great story, and I followed it excitedly, but passively.

That turned out to be the warmup for my personal summer of soccer, courtesy (sort of) of the just-concluded Euro 2016 tournament and the Republic of Iceland, but far more so, thanks to a publication you and I had never heard of, The Reykjavik Grapevine. The Grapevine describes itself as “a free English language magazine about life, culture and travel in Iceland.” In other words, it’s there to promote tourism from English-speaking nations. What’s more interesting to you: traveling to a beautiful and unique place in a world that has plenty of those, or traveling to a beautiful and unique place that has an attitude?

The Iceland football story was compelling on its own: roughly 10% of Iceland’s 330,000 denizens went to France for the tournament where they stole a huge share of the spotlight from some of the world’s best-known athletes. When the Strákarnir Okkar started shocking the whole field, including sending England home in a victory the Grapevine hilariously dubbed “Brexit 2”, things got really entertaining.

Here’s where the Leiceister City and Iceland diverged stories: If you’re not a soccer fan, you can’t fully appreciate the magnitude of “little” Iceland beating two of the world’s top 11 soccer sides while humiliating a bitter Cristiano Ronaldo and tying the eventual champions, his Portugal team. You could, however, thoroughly enjoy the Grapevine’s opening tweets about drinking “#RonaldoTears” after his post-game meltdown. Things got a lot more fun from there with missives like:

Y’see, the Grapevine told a story that doesn’t require passion for soccer to find wildly entertaining. When you followed the Grapevine throughout the team’s #EuroSaga, you weren’t following soccer. You were enjoying the smiting of puny mortals by the descendants of Þór and Óðinn.

And with that storytelling, big websites as diverse as Business Insider, Mashable, and Deadspin all jumped on the Grapevine bandwagon. I did too. Frankly, I use my Twitter account slightly more often than Óðinn drops in from Valhalla to quaff an Einstok with us mere mortals. Yet, there I was tweeting at the Grapevine and, more importantly, following their tweets throughout the tournament. (Oh, and they were moving merch too, with fans the world over sending selfies featuring the #IcelandSmites gear they’d bought or won. Before the tournament, how much money would you have bet on people buying t-shirts celebrating Iceland’s soccer team?)

Okay, time to make a sharp turn. While I’m a huge fan of the print medium, print people make me crazy. I hate to generalize, but I find the vast majority of print folks to be so wrapped up in their admittedly crucial mission of providing information to the public that they tend to think they’re above things like interacting with the revenue folks or taking the audience’s interests into consideration. (And yes, print folks, your readers are your audience.)

And let’s be clear: my electronic media friends do this too. As I write this, I’m thinking about a programmer who shall remain nameless who once told a listener who requested a commercially successful band from his radio station that maybe the listener was better suited to listen to the more commercial radio station down the dial.

It’s no secret in these parts that I’m a huge fan of the New York Times…in spite of its pompous reliance on the formal form. (Crazy Charlie is Mr. Manson?  Really?)

And now, here comes the Grey Lady’s new Public Editor, Liz Spayd, with a message captured fully in its headline: Want to Attract More Readers? Try Listening to Them, which includes this telling bit:

“The Times is keenly aware that readers are its most prized asset. But as a recent strategy report found, the company must be far more aggressive in reaching a broader audience and adapting to new tastes. Susan Chira, a deputy executive editor who helped lead an internal committee examining this issue, told me there are few more important priorities, ‘If we don’t do this, we can’t do anything else…’”

Exactly. If you’re in entertainment – and make no mistake, print folks – while your mission is undeniably important to the functioning of a democracy, you’re in entertainment, then you’re not just competing with other print publications. You’re competing with, among other things, YouTube, clickbait, Netflix, and both broadcast- and broadband-delivered radio and television.

The information you put out (and feature as “Top Stories” or whatever) better be as compelling as the stories that communicators like the Reykjavik Grapevine are telling. If it isn’t, you’re losing audience share to those better storytellers.

Oh, and while it’s easy for you to forget – particularly if you don’t engage with the revenue folks – lost audience equals lost revenue. Lost revenue, you’ll recall, tends to lead to lost jobs.

To recap this in three easy lessons:

Otherwise, some competitor will smite you. And always remember: