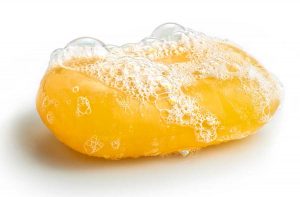 A friend of mine sent me this incredibly entertaining Rolling Stone piece called “The Slow Death of the Great Wrestling Promo“. You should read it.

Of course, you didn’t take your mother’s advice to eat your vegetables when you were growing up, so I doubt you’ll take my advice now.  Here’s a two-part summary with a my comments in italics…followed by my real point, which is only tangentially connected to Rolling Stone’s point:

The low hanging fruit here would be to point out that teasing is important. Your response would (hopefully) be, “No kidding, Sherlock.” Again, if you want to see some incredibly entertaining examples of great teasing, go look at the article, which has some awesome videos embedded in it.

Again, that second point is low-hanging fruit (though lots of entertainers don’t focus on their best content.  Let’s talk about the first point: knowing what your product is.

Even when your best content is comedy, your overall product becomes, over time, drama.  Human drama.

At a certain, fairly early point in each series’ run, the show’s main thrust pivoted, becoming primarily focused on the romantic fates of its characters (and not just the leads). Cheers evolved (or devolved, your choice) to the telling of Sam’s various attempts to move on from Diane but also focused on the relationships of Woody & Kelly, Frazier & Lilith, Rebecca & Whoever, and so on. Friends went past Ross & Rachel to Monica & Chandler, Phoebe & Mike, etc. If you watch Big Bang Theory, you can see the writers struggling to keep things fresh in Season Ten with three of the four male characters now deeply ensconced in relationships and the fourth, previously undateable character suddenly possessing a plethora of failed ex-partners, a necessity given the romantic status of the other three. If the show renews for two more seasons, you can almost smell one of the others having a change in relationship status. They’ll need that story arc to make it through 44 more episodes.

For extended success in showbiz, you win by making your content about the one thing that no one else has: you. (Oh sure, you’d better be interesting enough to make content about, but that’s another story.) If you’re doing TV comedy (or sci fi), at some point, your plots pivot toward character development. If you’re doing radio, you can only go so far talking about the same topical subjects that everyone else is talking about; your show has to, in the end, be about you. If you’re doing sports, your focus is on the characters, both as teams and as individuals.

You may have the funniest plot and performers in the world. You may have a signature morning show bit so funny that listeners will repeat it back to you verbatim and a national syndicator will send it across the country.

Take it from someone who’s had that: those things aren’t your show. The big idea gives you something to riff off of. The signature bit brings in audience, but it won’t hold them for long past when the bit ends.

Your real product – your brand – is you.

And your story is a soap opera.