A Death In The Entertainment Family 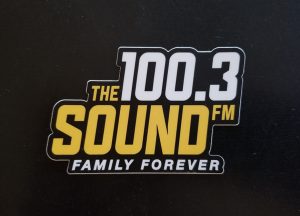 Forgive me, but I’m about to get very personal with you. I’ll save the extremely personal stuff for the end, but first, as with almost everything else, I’m going to use my personal feelings to talk about something I love: showbiz.

A family member was placed in hospice care a few weeks ago; as of this writing, it presumably has a few more weeks to live. I’m not talking about a human being, of course. I’m talking about a radio station, or said more appropriately in these parts, an entertainment brand.

I’ve been thinking a lot about – well, everything – lately, and I’ve come to two sets of observations, both of them painfully obvious and yet not, all of which can be summed up by this reality:

You brand isn’t about your product. It’s about people!

Specifically, we’re talking about two kinds of people: your fans and the people who build your brand.

When it comes to entertainment brands, I’m always reminded of that great scene from Office Space where Jennifer Anniston’s boss tells her in the most robotic manner possible, “People can get a cheeseburger anywhere, okay? They come to Tchotchkie’s for the atmosphere and the attitude. That’s what the flair’s about. It’s about fun.”

Memo to my radio friends: Your radio station doesn’t just give away tchotchkies, it is Tchotchkie’s.

If you think your radio station is “all about the music,” you’re wrong. People can get Led Zeppelin, Ed Sheeran, or Blake Shelton anywhere.

Your radio station is all about your audience. It’s about what they can’t get anywhere else, the flair and the fun. In other words, it’s about you and what you add to the music.

To use a clear 2017 example, Sheldon Cooper is not a character created by Chuck Lorre and Bill Prady; he’s a living, breathing person (if a fictitious one) conceived by those brilliant creators but endowed with life and presence by Jim Parsons. Had Johnny Galecki, as originally planned, given life to Sheldon, he’d have been a much different character and fans would have had a much different reaction to him.

To you the creator, when your brand – your radio station, your series, your film – comes to an end, it just ends. The people who truly love what you create, on the other hand, will now have a hole in their lives – some of the things they love about your brand may live on as reruns, DVD’s, recordings, or whatever else, but your brand will never again connect with their present lives.

What you do – what you create – only matters insofar as it affects human beings.

Pull the plug on your brand (or have someone pull it for you), and you’ll get a painful reminder of this reality when your fans react with a combination of love, sadness, and frustration. (The same emotions, I might note, that most of us react with when our projects come to an end, whether expected or unexpected.)

As I’ve been reminded since our family member entered hospice care, the focus of those emotions will be directed toward the public-facing members of the team – in radio, the air talent. Having spent far more of my career behind the curtain than behind the mic, it’s kind of disorienting to be part of the public focus of emotion because I know this: the contributions of everyone who stays behind curtain is so much bigger than anyone outside the brand realizes, and I’ve always taken great joy from being part of that group. (Again, this is obviously overwhelmingly true for all types of entertainment content.)

I’m reminding you of this because, in the chase for ratings and revenue – with its attendant (and appropriate) focus on audience and advertisers – it’s easy to forget how important it is to appreciate everyone who’s part of your team. Typically, only when your project comes to an end do you truly think about all the people you’ll miss working with and creating with.

Everything ends. Appreciate what you’re doing, where you’re doing it, and especially who you’re doing it with. One day, you won’t be doing it any more, and having left several magical places in my time, I can assure you that, for the rest of your life, you’ll spend a little time thinking, “Remember when we did…?”

Enjoy it while you’re doing it. Don’t let the ratings rat race and the chase for profits take the enjoyment of all this stuff away from you. (And when it does take the joy away from you, get out.)

Tying it all together

Excuse me while I make this personal.

Five years ago, I left day-to-day radio programming because I’d lost the joy of what I was doing and wanted to try something else. I’ve tried lots of something elses – some I’ve loved, some I’ve started out loving before falling out of love. Throughout that time, I’ve always had this one great thing that I’ve done virtually every weekend, so no matter how good or how challenging things have been, I’ve always had something that I love to look forward to every single week. Now that’s going away and guess what: just like everyone else involved, I’ll have a hole in my life where it used to live.

And like everything else I’ve written, the hole is really about the people. I’ve spent the last five years being a small part of telling a really great story to a great audience, and I’ve loved every moment of it. I won’t get to make my creative contributions to that story any more, and that’s terribly sad. Eventually, with any luck, that gap will be filled with something else new and passion-inspiring.

Bigger picture: I’ve gotten to renew ties with some old friends and meet a whole lot of new, incredibly talented friends. Hopefully, many – even most – of us will find ourselves doing something together again in the very near future. However, this exact group will never all work together again – that’s just a reality of business.

We’ll still be friends, but let me use a real-life example: one of my two closest friends in this business – if you know me well, you know exactly who I’m talking about – and I have worked together on five different occasions. She’s been my “boss”, and I’ve been hers. We’ve spent well over a decade of our professional lives seeing each other five days a week, and now, we see each other two or three times a year. Day-to-day life just gets in the way. We’re as close as ever, but it’s impossible not to miss our daily interactions. Multiply that times a lot of other friends I’ve worked with and that’s a whole lot of missing friends.

And that’s just the people I’ve worked with. I’ve said before that one of the great things about radio, as the grass roots of all of entertainment, is that we interact directly with our fans. Every radio station – like every entertainment brand – has its own extremely loyal fans, some of whom become good friends.

This radio station? I don’t have the words, but wow! And those interactions and relationships with change soon too. Again, it’s just the reality of life.

Savor your time together every day because you never know when it’s going to end.

Let’s wrap by stating the ridiculously obvious: when the project that is the focus of those relationships ends, go through whatever stages of grief you need to and then go find something else to be passionate about. Create new relationships and tend to your existing ones. Spend your time focused on the things you love, not the things that you’ve fallen out of love with.

Your passion demands it.