A Performer Goes From Making McBurgers To Making Millions: What’s Your Game Plan? 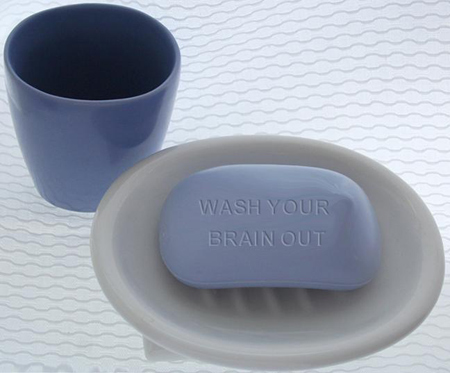 Perhaps the worst thing that can be said in any business – show or otherwise – is this: “But that’s not how we’ve always done it.” Every so often, I try to inspire you with stories of entertainers who couldn’t care less how we’ve always done entertainment, even if they’re already quite successful in traditional showbiz.

One day you’re 19 years old and flipping burgers at Mickey D’s. Three years later, you’re doing seven figures a year playing Call Of Duty online while rolling up a 1.5 million member YouTube fan base in the process. Nadeshot, as Matt Haag is known to his fans, is living the Jetsons Future dream. I know plenty of folks who’d be thrilled to have an endorsement deal with Red Bull. He’s got one.

Nadeshot hasn’t become a star just because he’s great at playing video games. He’s a personality. He brings his fans behind his curtain. Here’s a great line from a fan in the front page NYT story on Nadeshot: “If he knew me in real life, I feel like we would be really good friends.” That’s not a statement about Matt Haag’s gaming skills, and it’s not a statement about the fact that his fan knows Nadeshot “drives a BMW, often eats at Chipotle and likes to say ‘wallbong,’ a nonsense term he made up with friends.” That’s a statement about a relationship that the talent has developed with a community of like-minded individuals.

Matt Haag is using over a million of those relationships to make great money while doing something he’s passionate about. How awesome is that?

And yet, it’s not just individuals who are going gangbusters these days. At this point, video game sports – sorry, the term of art is e-sports – are ascending to levels that look more and more like traditional sports, so much so that Amazon just dropped $970 million on Twitch, one leading website for e-sports viewing. That doesn’t sound like a bad deal since Twitch has more primetime audience than, say, CNN and is pulling up quickly on MTV.

Is there a ceiling on how big e-sports can be? There’s a ceiling on everything I suppose, but every time the middle-aged side of me says there’s no way e-sports can be bigger than, say, the NFL, I remember that it’s a major deal for the NFL to jet two teams worth of personnel to London once a year – okay, three times a year – to play a single regular season football game. For the NFL, the notion of global expansion is logistically impossible. The same is true for the Premiereship or any other traditional sports league.

For Major League Gaming or the Electronic Sports League (Oh look – rival leagues – just like in traditional sports!), global expansion is also impossible, but for a far different reason. They were global from day one. Of course, Major League Gaming is not the National Football League. After all, MLG’s Facebook page only has 50% more followers than the NFL’s Jacksonville Jaguars do.

What used to seem impossible is now not only possible but probable.

Even traditional celebrities are using our new normal to serve fans they share a passion with. I read this piece that’s centered on Gwyneth Paltrow and Goop, while also touching on the efforts of Jessica Alba and Blake Lively. Because the Paltrow and Lively projects are centered around fashion, which is of no interest to me – and since my wife is no doubt reading this, allow me to cordially invite her to keep her sarcastic comments to herself – the bulk of the article would have caused me to turn catatonic with boredom except that two thoughts kept occurring to me: (1) when you see big names creating communities around their passions, you know there are plenty more opportunities to do likewise, and (2) in a world where you can communicate freely with others of similar interests – wherever they may be – building communities around your passions is quite doable.

Let’s wrap up with a look at a hybrid, a “traditional” entertainer who has built her brand quite untraditionally and who might now cross over to traditional media. Grace Helbig is a comedian with a pilot that E! might pick up. At this point, she sounds like plenty of other standups, doesn’t she? She has a New York Times bestseller and a feature film. That’s big stuff, but it’s not so different either.

Her base, however, which started at My Damn Channel before moving to YouTube, was built on the internet. Like Nadeshot, she has some endorsement deals that any entertainer would want including with St. Ives, Friskies, Audible and Ford.

Grace Helbig is, for all intents and purposes, an e-comedian. And her great money quote? Says Grace: “Traditional TV is slowly figuring out the power and influence of YouTube. TV isn’t creating communities. It’s creating a viewership. YouTube is creating communities, a fandom, which I think is more powerful.”

There’s the C word again. Isn’t that what building a great entertainment brand has always been about: serving communities? Okay, one last quote from the Grace Helbig newspaper story, this one uttered by Chris Hardwick: “The creators are in charge now. The companies don’t matter. Her audience will follow her.”